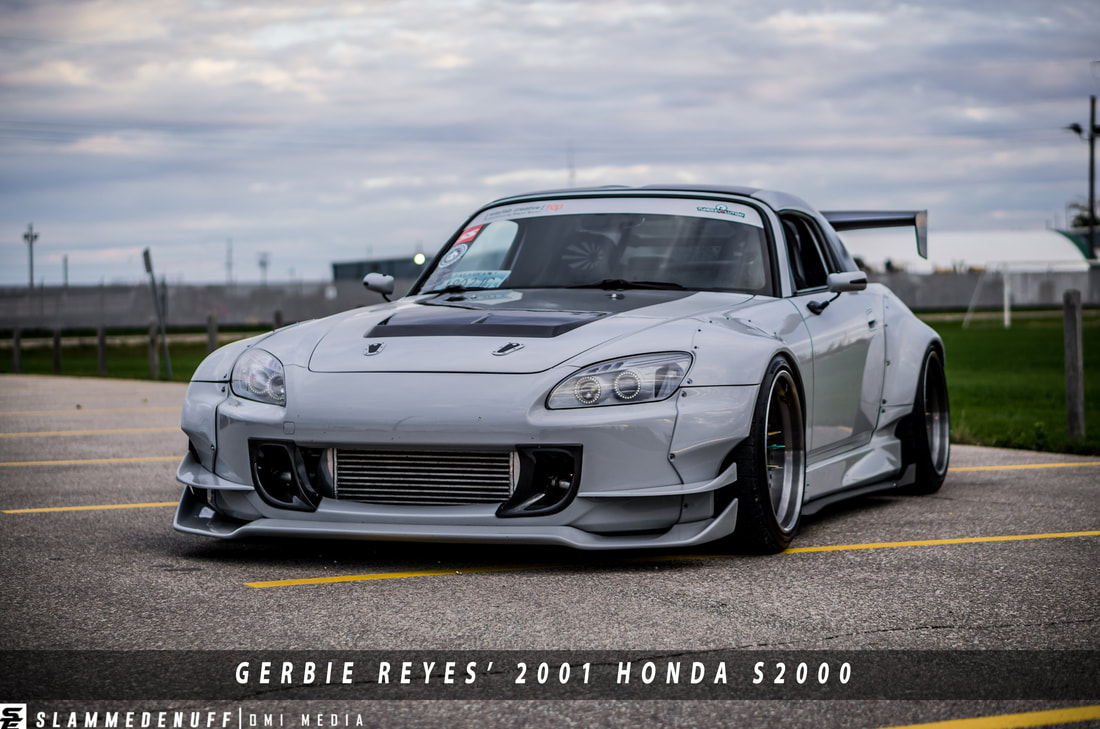 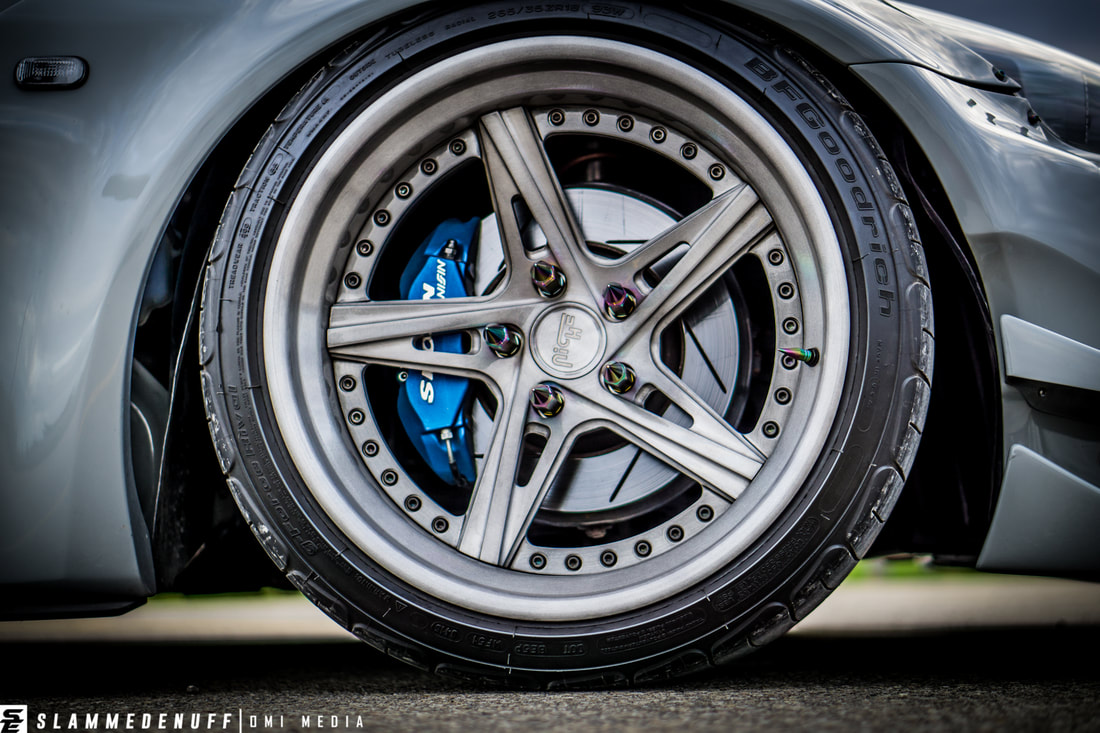 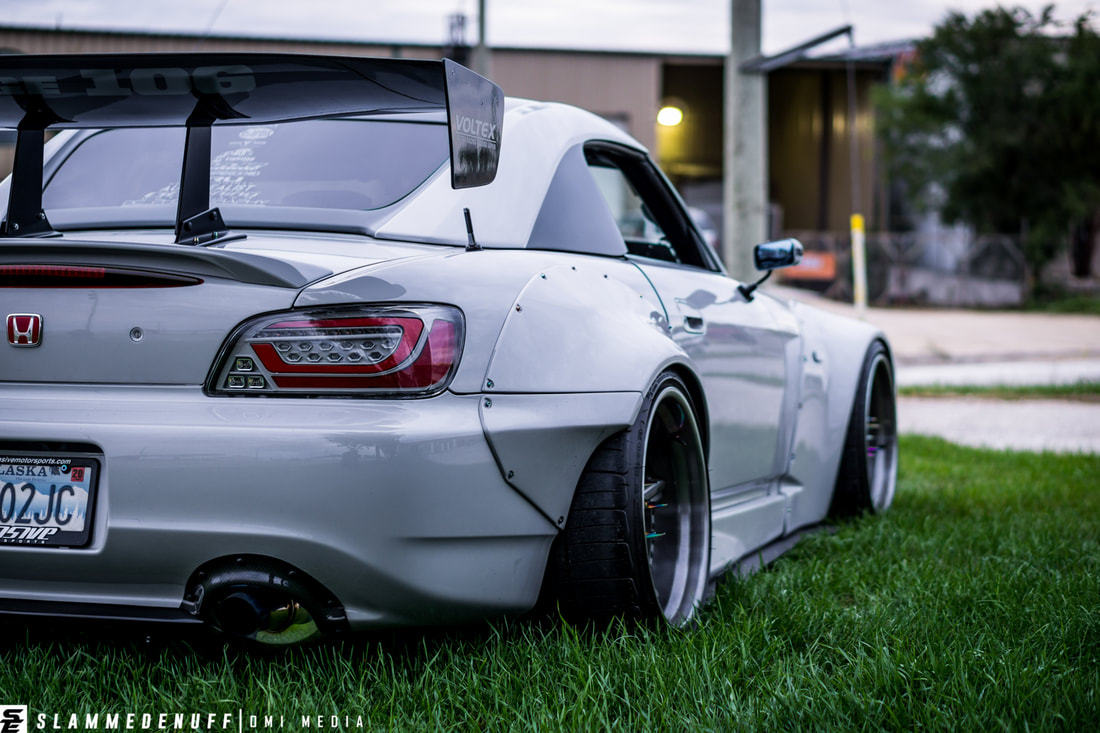 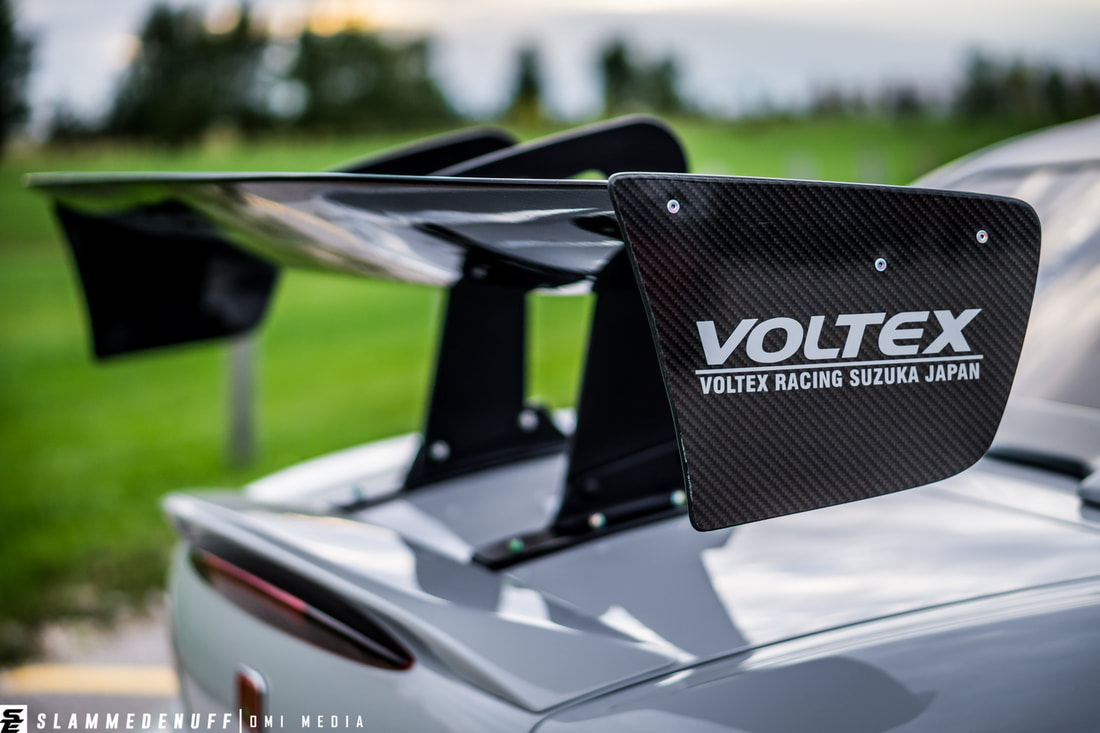 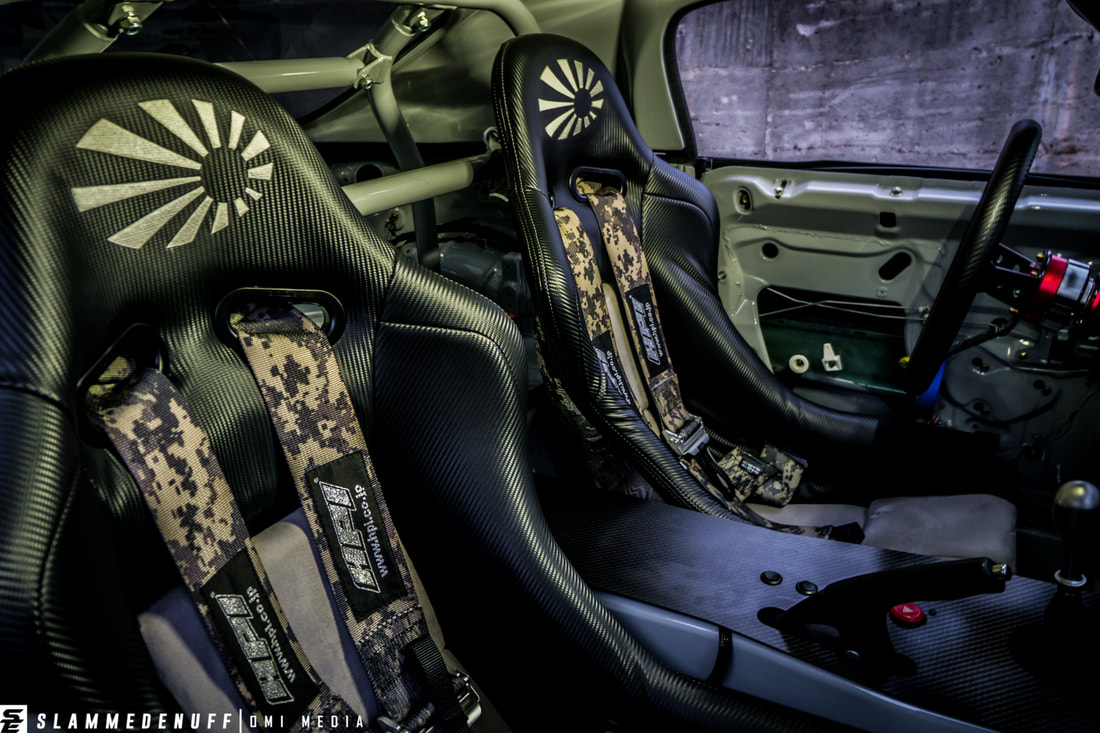 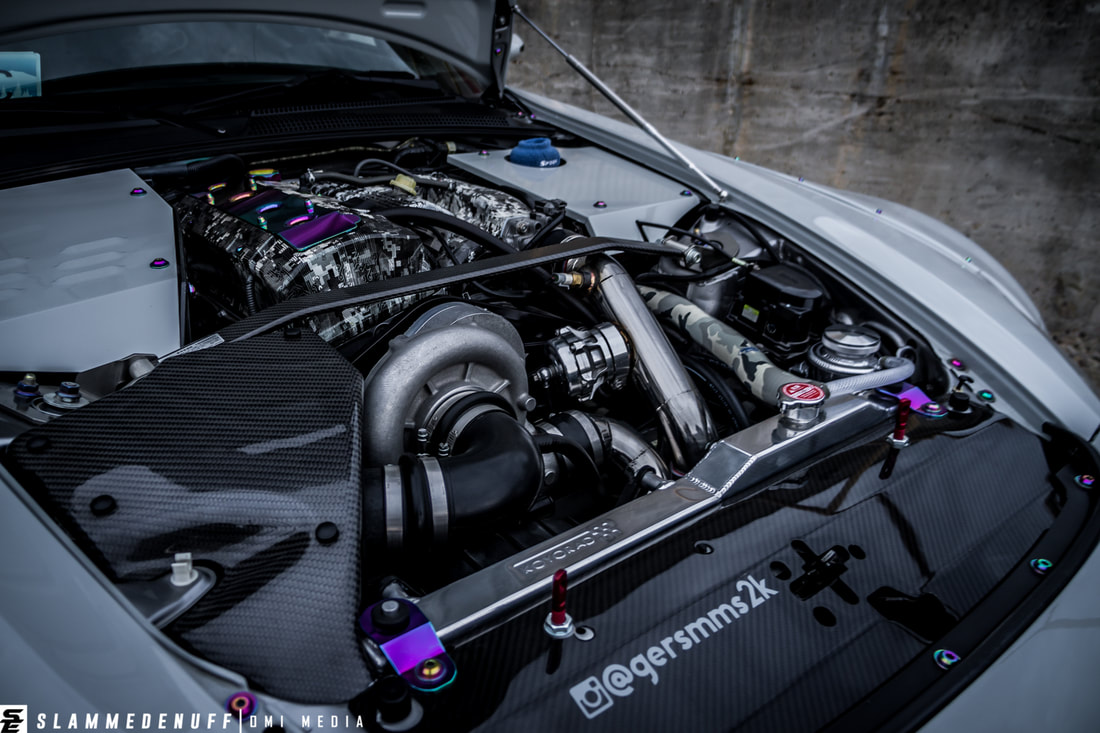 Why did you choose this car?

Gerbie: "​I chose this car for many reasons. In the winter of 2014, I was looking for something
that had great potential of becoming something else. I was looking in the lines of a true
sports car with a good racing heritage, a good aftermarket following, something that is
manually driven preferably with a 6 speed gear box, something that wasn’t beat up too
badly by its past owners, and something that wouldn’t break my wallet from the
beginning so I can put more into it along the way. Most importantly, I was getting a
crazy idea that I wanted to build something special with a different purpose than most
people build their cars. You see, I had actually quit building cars back in 2010 with no
desire to do it anymore. Back then, I had built cars just like most people. I built cars for
the pleasure of building cars to express and show off what I can make out of something.
It was all about me and I had decided to stop because I didn’t want to be that kind of
person anymore. This time however, I wanted to build a car that to reach out to people
as a platform to inspire them about God. You see, my life has been transformed by
Jesus Christ and for once I finally understood how that played out with everything I do
including using a hobby to spread that love around. With my wife’s support, the rest
was history and in January 2014, in the middle of the coldest time in winter, we
purchased a used unmodified S2000 from North Dakota and drove it up to our
residency in Winnipeg Canada." 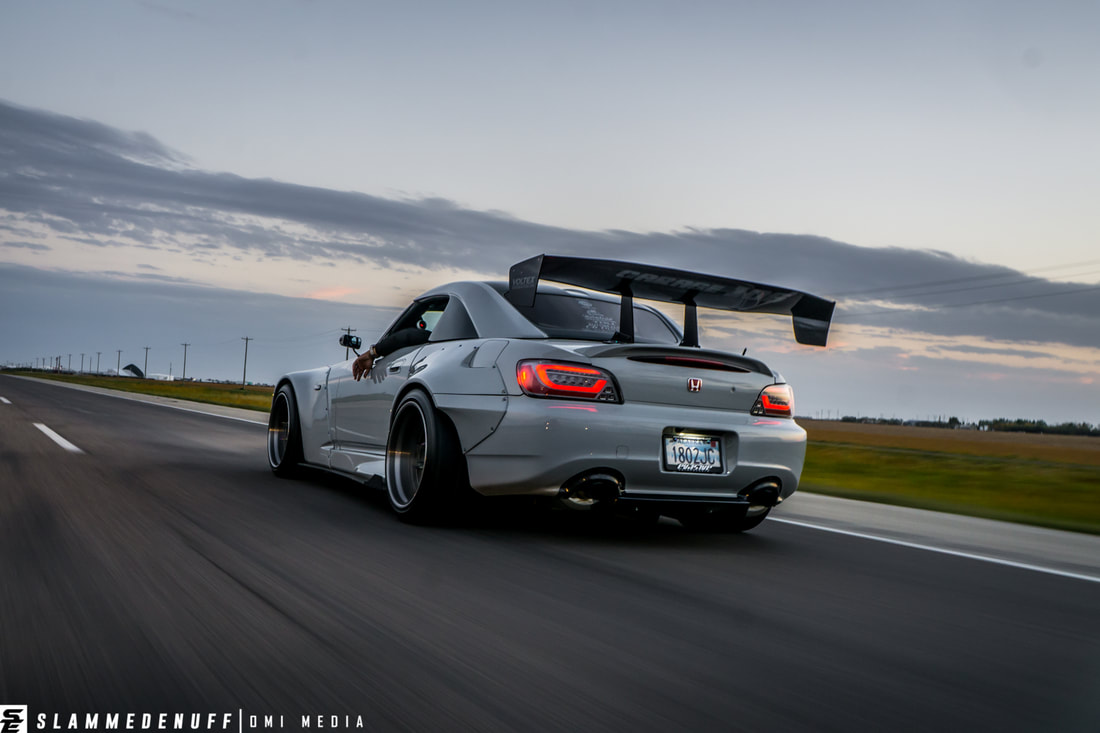 What was the main goal when the build started?

Gerbie: "The main goal with the process of modification as the build began was to boost this car!
I believe I got such a great deal in getting a used vehicle in contrast with a new one
which allowed me to spend money first where it counted. You see, the S2000 is a great
car as a NA vehicle except for one little problem - Me. I wanted to give this car a new
heart. The cars ok to begin with, but I wanted to re-invent it and make it better. After
the purchase, I took time during the rest of winter to plan out which avenue I would
boost the car. Like most people, I was torn between Turbocharging and Supercharging.
Anyhow, with past experiences of boosting cars via Turbo upgrades, I decided to take
on a different avenue and make the S2K my first Supercharger build. The Supercharger
consisted of a mixture of several parts that you just can’t buy in a standard package by
the way. In other words, it itself is a custom setup among the various components from
different Companies I decided to go with and how they would perform well as a whole.
There was really careful planning and a lot of thought to this. For example, I upgraded
from a standard to a NOVI 1200 CT Engineering Supercharger along with a custom
intercooler setup from Ultimate Racing with a Tial-BOV and a 3.2-inch supercharger
pulley from Science of Speed which I had CT Engineering customize to retro-fit their
setup since they didn’t offer pulleys in that size for my HP goals. Among other things
are a plethora of AEM electronic products, new clutch and brakes; all to make sure
everything would be capable and safe. I wanted to get the most from a Supercharger
setup and from research, this was my method of execution. In fact, I got this done
shortly after all the snow melted later that May. This was just the start of my project that
led me to where I am and where my car is now. Yeah, I could’ve started with modding
the car elsewhere but just like my own spiritual beliefs, I believe that everything starts
internally and the external things follow afterwards." 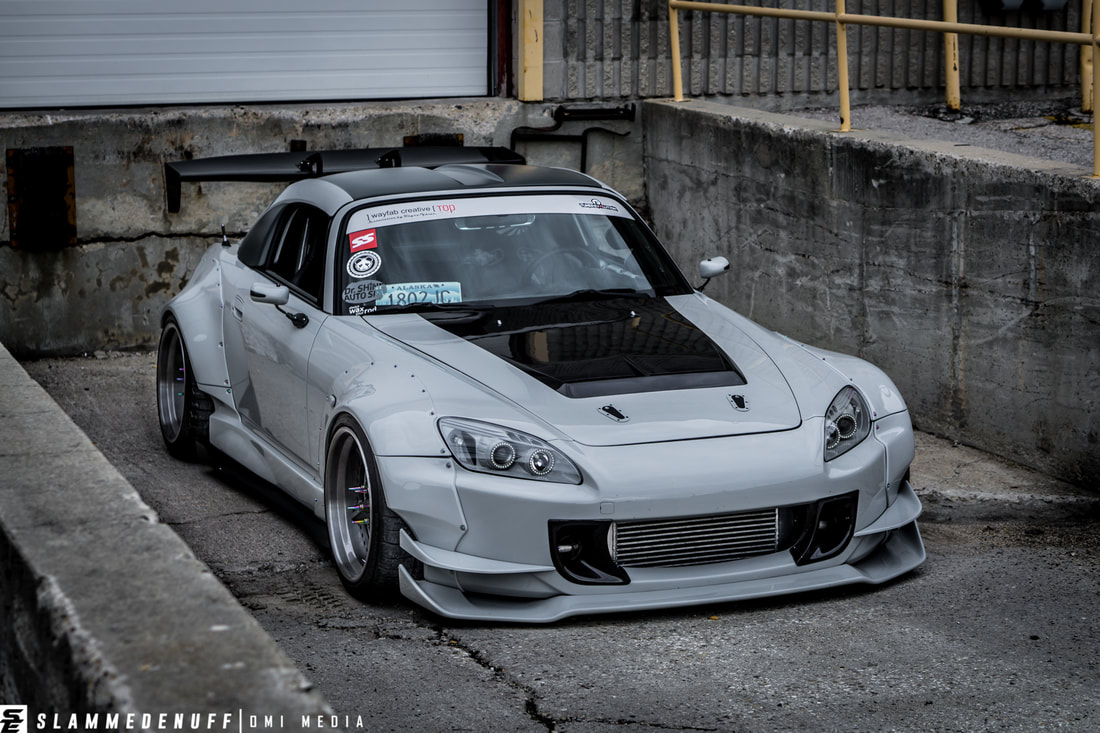 What are your future plans for the car?

Gerbie: "​God willing, my future plans are to continue to modify and refine the car tastefully
bringing it to shows in the West Coast as I make my move from Canada back to the US.
The car has been in shows since 2016 all over North America in Canada from Calgary
to Toronto and also including the United States: Fargo ND, Minneapolis MN, Chicago IL,
Indianapolis IN, and even SEMA Las Vegas. All of this is still the same goal along the
lines of reaching out to people in hopes of inspiring them for deeper passions just as I
have discovered." 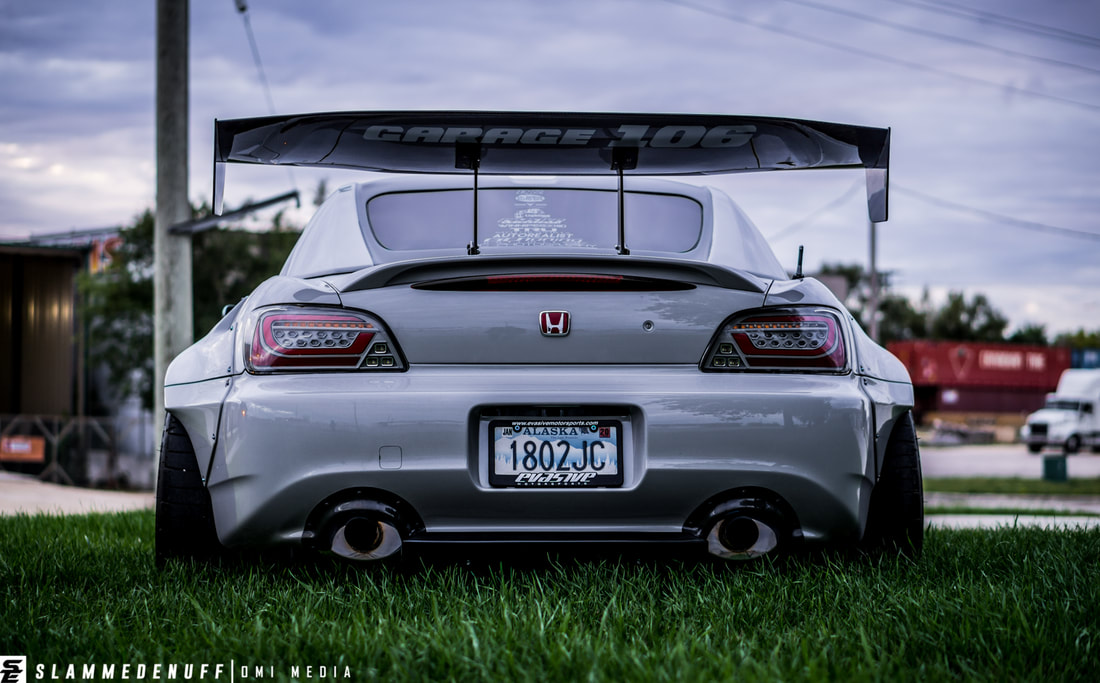 Do you have a unique story behind the car or build?

Gerbie: "​I have many unique stories about the car. One of the most interesting stories is how I
became involved in the 4th annual social media driven contest in 2016 with PASMAG’s
Tuner Battlegrounds resulting with my car being a finalist competing live in SEMA Las
Vegas and taking the trophy as the 3rd Champion following the success of my friends
Anthony De Guzman’s Supra and Benji Tran’s TSX all of us from Winnipeg Canada and
from the same Team: Garage 106. Looking back at this is unique because I never had
the intention of getting this far with my personal outreach for people. In 2015, I attended
my first DRIVEN car show in Winnipeg Canada and was blown away by the cars I saw,
most notably from the team Garage 106. I thought to myself maybe I can finish my cars
exterior as well to show car quality so I can showcase it for the DRIVEN show the
following year expanding my outreach from people on the streets to people at shows.
So with that in mind, I set out to continue the build choosing M&M Honda Racings new
S2000 Hyper Widebody kit for my car and a completely new custom paint job from Fleet
Autobody that Winter (Oct 2015 to Jan 2016). As my car was nearly completed, I
looked into registering my car for the show but soon found out that I can only do that if I
were involved with a team. So that Spring around March, I searched out Mark Linag of
Garage 106 through social media and found him at his work place. I was sent from one
office to the next literally and when I first saw him, he approached me saying, “M&M
S2000? We have been looking for you!” LOL… It seemed that since my car was at the
body shop all Winter, it took notice from the soon to be friends and teammates of mine
from Garage 106. He next took me into his office and we sat down to discuss a list of
shows lined up for the year on his computer that I could be interested in. TBH, I was
overwhelmed and it was more than I anticipated. I just had the goal of doing 1 show.
From there, I met Benji Tran, and the rest of my now close friends. Also from there, I
ended up traveling all over Canada competing in shows and winning awards
everywhere I went. Not only that, I’ve met and talked to so many people I’ve never
expected before from all ages. Even more, I competed in the PASMAG contest that
was social media driven starting with no social media and winning the whole thing! In
other words, I didn’t expect that God would have me go so far as reach out to the whole
world via social media and throughout North America."

Is there anything you would have done differently if you could go back?

Gerbie: "​I don’t think I would have done anything any differently because I believe everything
was setup the way it was supposed to go. The results speak for itself." 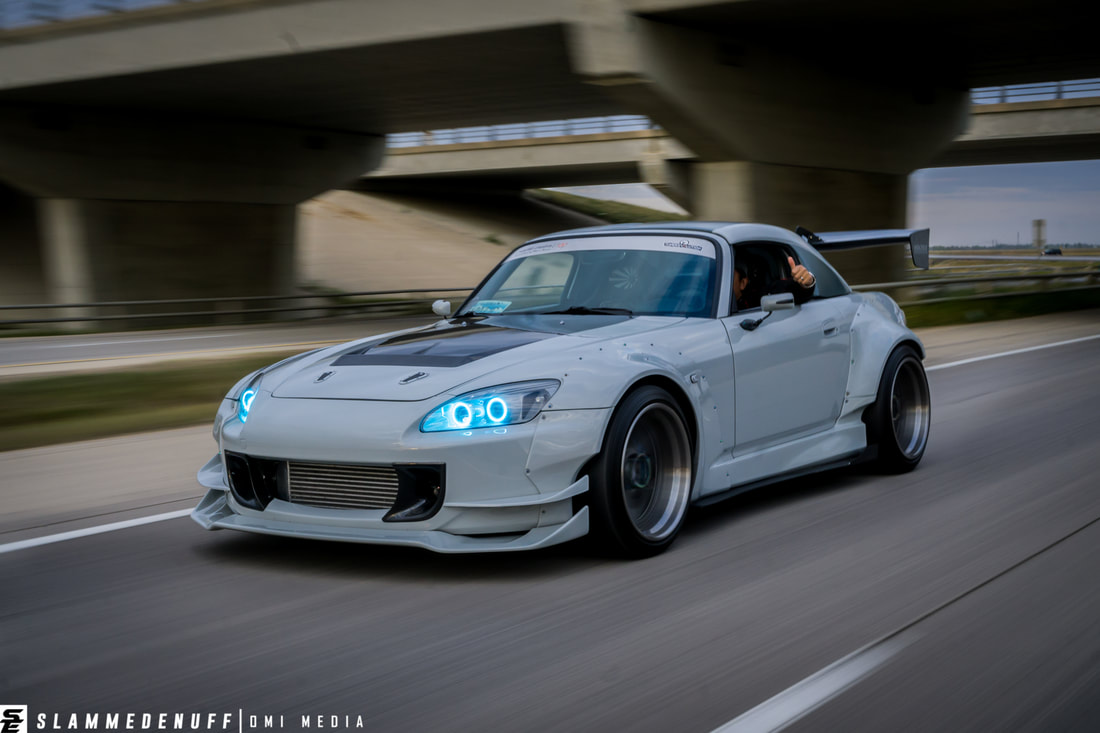 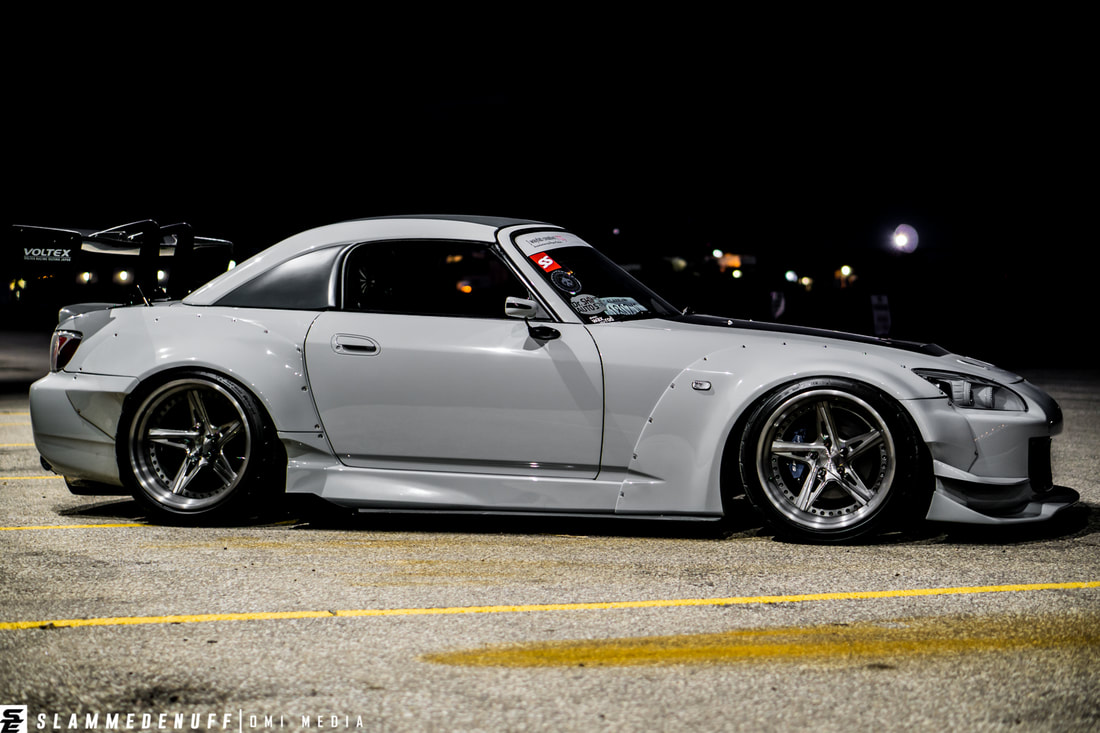 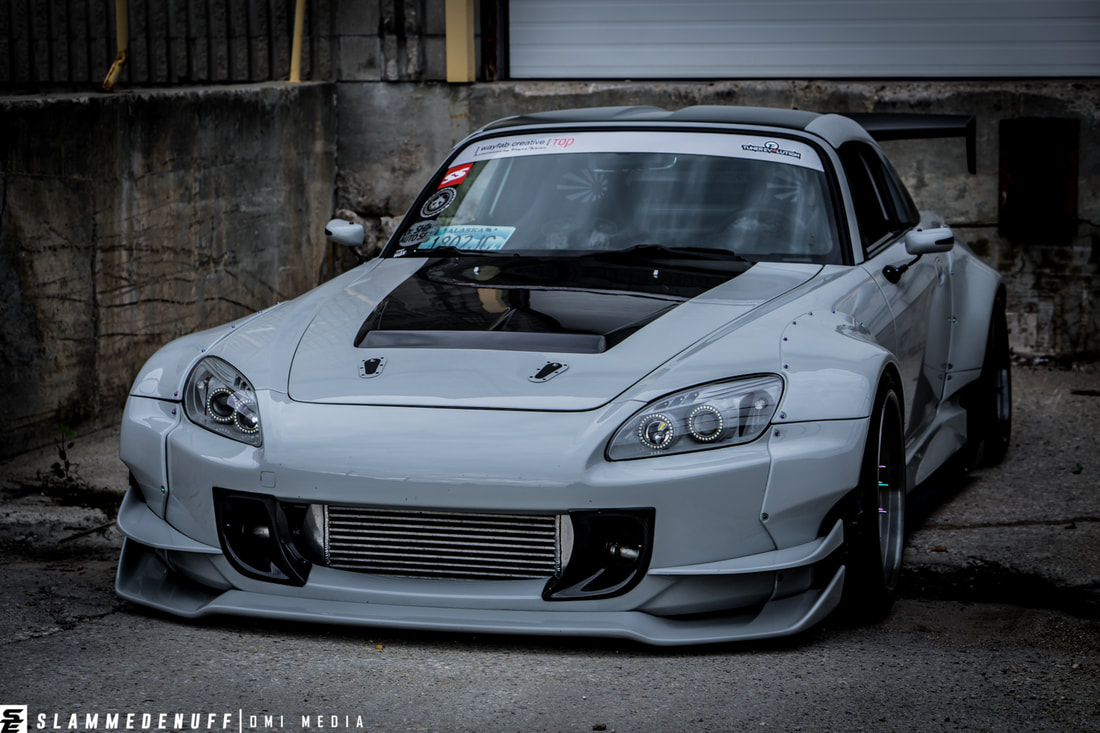 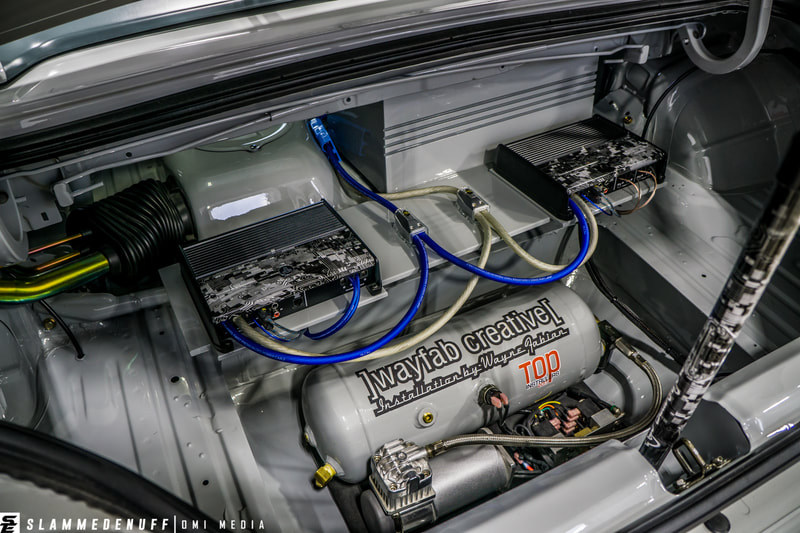 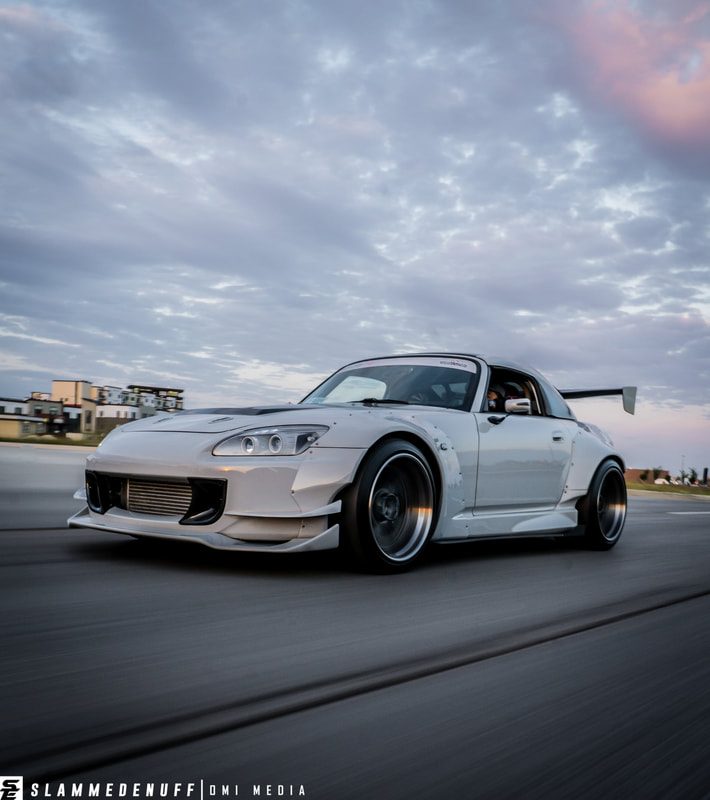 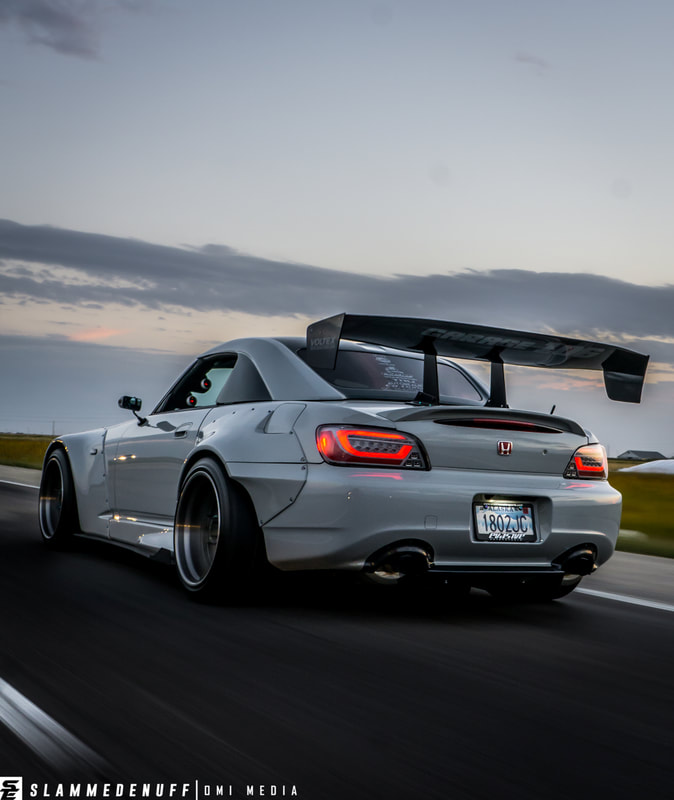 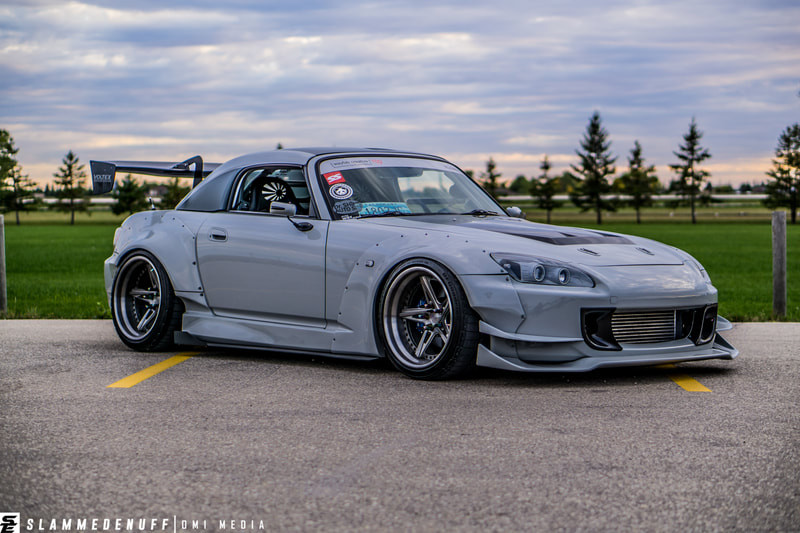 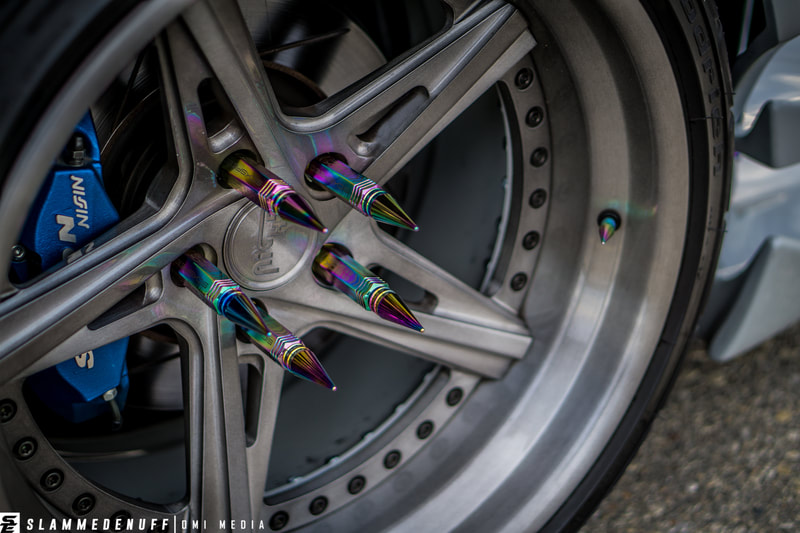 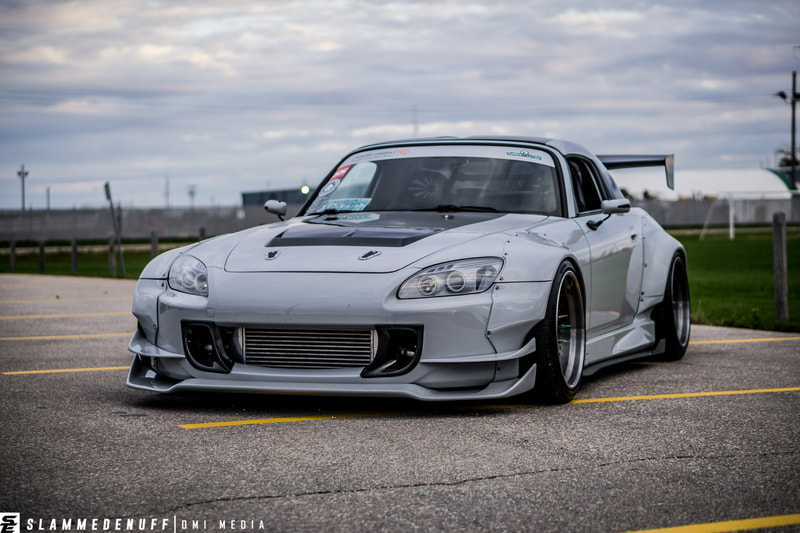 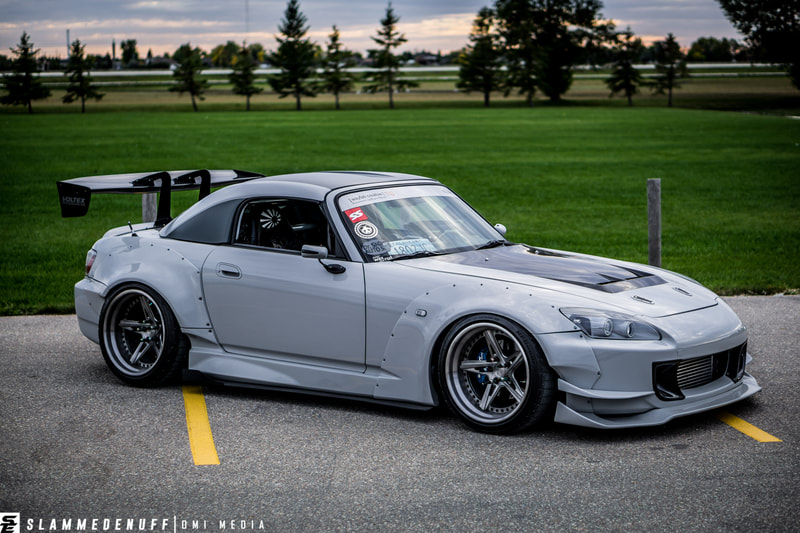 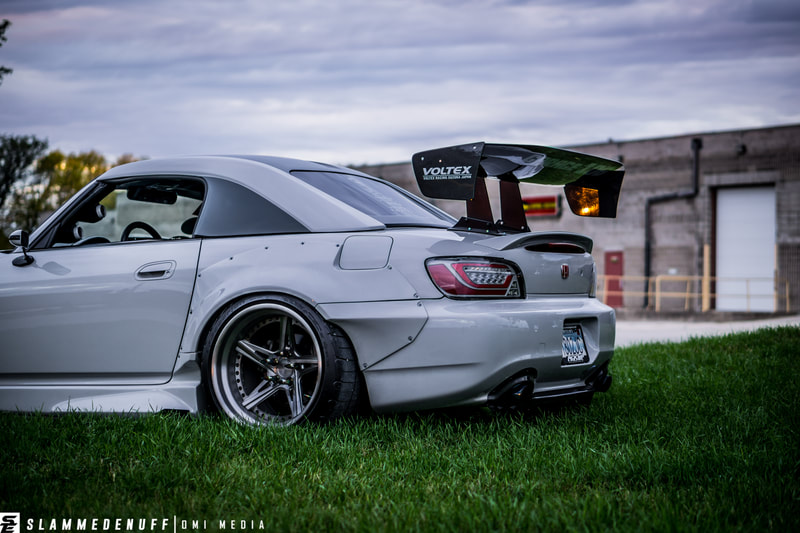 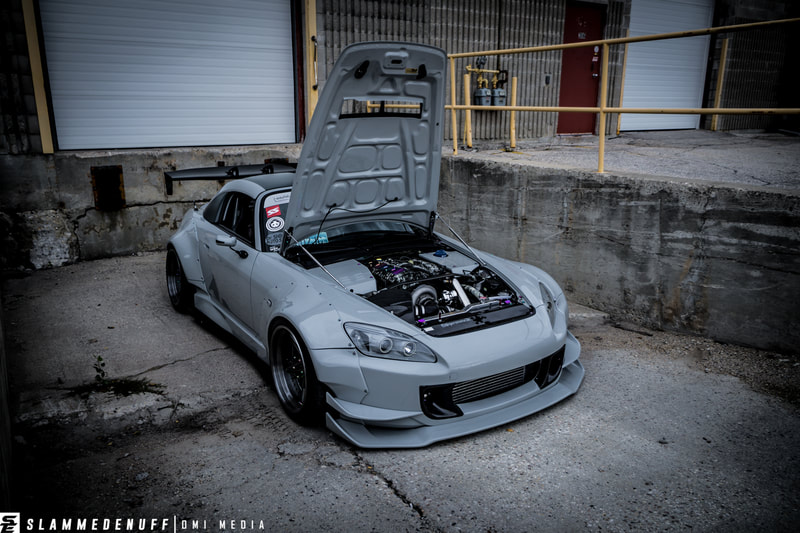 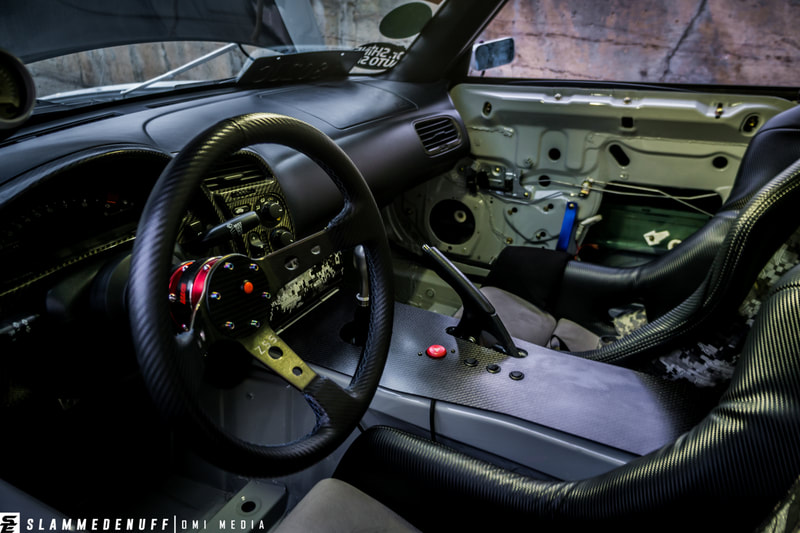 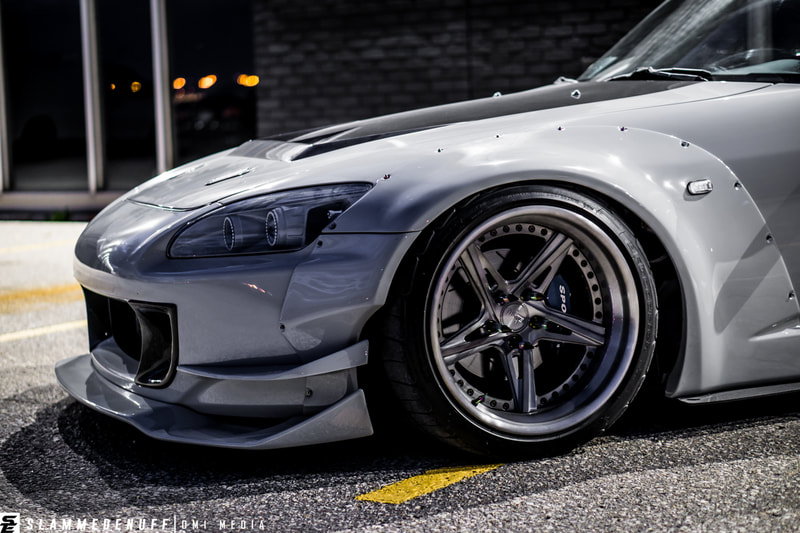 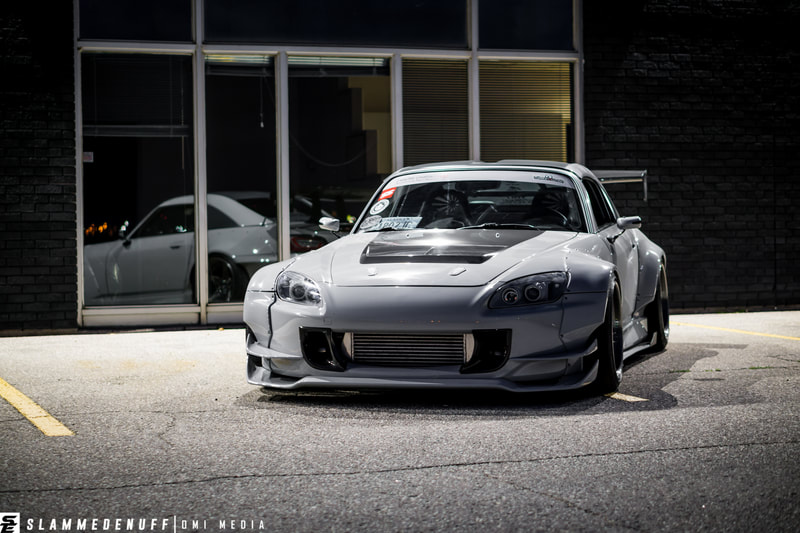